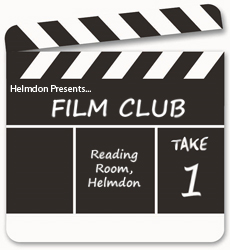 We show a good selection of films... action, drama, biopic etc. in English and foreign languages. There are films which appeal to all age groups. Our state of the art equipment fills the Reading Room with sound, providing a great cinema experience. You are welcome to attend as a guest for one session. If you would like to see more, then you can join. It is extremely good value at just £15 for 12 months (£7.50 after a half year commencing each February).

In 1613 William Shakespeare Retired. He Still Had One Last Story To Tell - His Own. Starring Kenneth Branagh and Judi Dench it is a film full of interest and mischief.

A struggling musician realizes he's the only person on Earth who can remember The Beatles after waking up in an alternate timeline where they never existed..

A new Stephen Merchant film based on a true story where a former wrestler and his family make a living performing at small venues around the country while his kids dream of joining World Wrestling Entertainment.

In 2001, Afghanistan is under the control of the Taliban. When her father is captured, a determined young girl disguises herself as a boy in order to provide for her family.

Ten fisherman from Cornwall are signed by Universal Records and achieve a top ten hit with their debut album of Sea Shanties.