Welcome to the Helmdon Parish Council website providing detailed information about YOUR local services. It also aims to keep you up-to-date with Helmdon Community events.

It's that time of year again!!!

Gill Garner and Jane Borton are still walking for The Alzheimer's Society. To raise money for this amazing charity we are holding an Afternoon Tea at the Fat Landlord, Helmdon from 2 - 4pm on Sunday 17th July. £5.00 per person. More »

This was such an amazing success last year and we are so excited to be baking again, so please join us and donate towards such needed research into this devastating disease.

Full Results may be found here.

Congratulations to the lucky winners.

Would you like a fibre cable wired directly into your house?

Tove Valley Broadband is a "Not for Profit" community company, run by volunteers, established to connect Tove Valley villages with high-speed internet connections. Around 60 people in the village are members of Tove Valley Broadband (TVB) receiving a wireless broadband service. Recently TVB have rolled out fibre to premises connections in Abthorpe, Slapton, Wappenham and Woodend, with a plan to extend this to Lois Weedon and Weston. More »

Helmdon has an opportunity to access the fibre network and to connect directly to premises in the village. A fibre link is planned to the Sawmills on the Weston Road and another fibre is already laid at Astwell. This means that it is a relatively easy process to connect through to Helmdon. There will be costs to lay the fibre especially where roads need to be crossed. However, the good news is that there is Government grant money available to pay for the works.

Making this connection will give Helmdon residents a high speed connection to a 10,000Mbps fibre optic service. TVB members currently pay £180 per year for their service and there is no increase planned to follow the fibre installation. New members would pay the same annual fee with the normal £100 registration fee (see TVB website for details https://www.tovevalley.com/default.aspx)

This can only work if we can get people involved in the grant application process, the detailed planning and supporting the actual installation and of course joining TVB. No one needs to sign up for TVB or make any commitments at this stage. What we do need to know is - do we have support to get the project off the ground.

If you're interested in getting involved or finding out more, please drop an email to

A huge "Thank You" to everyone that supported Jenny Overson's week long sale of plants and cakes in aid of Cancer Research UK. Jenny wishes to thank everybody who donated plants and cakes, the people that helped with sales and all those who so generously contributed and supported financially. More »

Full details of Events and Venues can be found at www.helmdon.org.uk/helmdon-festival-2022

The Village Café and the Post Office will be open for shorter hours than usual on Tuesday 31st May as the Reading Room is required for a wake later in the morning.

200 Club results for May

The 200 Club draw for May took place on Saturday 22nd.

Full Results may be found here.

Congratulations to all the lucky winners.

All are welcome to come along and see how things are developing in the Reading Rooms.

The official agenda hasn't been finalised yet but it will consist of:
1) an update on the new constitution of the Reading Room and how it benefits the village and
2) a discussion on the architects proposals to update and modernise the Reading Room. More »

It Could Be You! 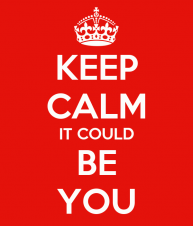 Are you passionate about climate change? Do you want to do what you can to help people cope with the cost of living crisis? Would you like to help improve the environment of the village?

A chance has arisen to join the parish council. If you care about Helmdon and would like to help make a real difference then this opportunity is for you. More »

As a councillor representing your community, you will help keep Helmdon a brilliant place to live. You will be supported in your role and will be expected to undertake training. You should be comfortable working electronically. You should have a positive outlook and a can-do attitude and be willing to work as part of a team.

Councillors are champions of their community, they give residents a voice in local decisions, and seeing your community change for the better as a result of decisions you have helped make can be very rewarding.

The parish council will be filling this vacancy on 25 May 2022, so if you think it could be you (why not you?!) please contact the Clerk to Helmdon Parish Council, Charmaine Jay, before then for more information: call 01295 768588 or e-mail clerk@helmdonparishcouncil.gov.uk.

Helmdon Parish Council meets at 7:30pm on the fourth Wednesday of every month except August and December – please see our website www.helmdonparishcouncil.gov.uk for more information about the council and its work. » Less 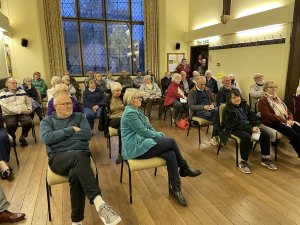 There was standing room only at the Annual Village Meeting held in the Reading Room on Wednesday 27 April 2022.

Dave Butcher, Engagement Manager from EKFB, the main contractor building HS2, provided an update on the works in the section from the A43 Brackley to Greatworth. More »

Of principle concern to Helmdon is the movement of 1 million cubic metres of excavated soil from one side of the Radstone Road (meaning the road from Helmdon to Brackley) to the other. This is due to the construction of a deep cutting past Radstone. Originally Radstone Road was going to be closed from early spring to autumn for 2 years, but due to local concerns EKFB has undertaken to keep the road open and instead have a traffic light controlled crossing. However, with a predicted lorry crossing every 30 seconds throughout the day it remains to be seen whether a crossing is indeed practical.

There were lots of questions about the construction, particularly regarding the dramatic devegetation of large areas that appear to be well away from the construction sites. Dave Butcher explained that sometimes this was down to ancillary works and gave the example of the temporary lanes being constructed for the A43 near the Radstone turn off, which meant hedges had to be removed for a much greater distance than would be required for the HS2 route itself.

There were also questions about the whole premise of HS2 and whether it can be stopped or changed, and what the environmental impact of it is, both in construction and operation. Dave Butcher explained that EKFB's job is to build the railway and that the bigger questions were for the politicians. Cllr Alison Eastwood, who was at the meeting as Helmdon's representative on West Northamptonshire Council (WNC) confirmed that HS2 is being constructed according to an act of parliament, and that it would take another act of parliament to change it.

Dave Butcher undertook to add some information to his presentation slides regarding the carbon costs of the project before sending a copy through. You can download these below.

Dave Butcher encouraged members of the public to ask any questions they like of HS2 by going to https://www.hs2.org.uk/in your area/ or contacting the HS2 Helpdesk on Freephone: 08081 434 434 or by email to HS2enquiries@hs2.org.uk.

Cllr Alison Eastwood then spoke to the meeting, explaining that she was not a political person but was here to listen to the needs and wishes of the community. Alison explained that WNC has appointed an HS2 Marshall to keep tabs on EKFB and quickly raise any issues of local concern. She commended Helmdon Parish Council for engaging with HS2, and said that it was good that Cllr John Marchant attended HS2 meetings on behalf of Helmdon. Cllr Eastwood gave an overview of the big things happening with WNC including the development of Sixfields, warehousing at Tiffield, and the relocation of Northampton Market to St Peters car park. Finally, she mentioned the support that WNC is giving Ukrainian refugees and urged people to get in touch if they can help (see https://www.westnorthants.gov.uk/homes-ukraine).

Finally, Falcutt resident Phillip Ward presented the idea of forming a Community Energy Group for Helmdon to raise awareness of the growing energy crisis, to provide advice guidance and practical assistance (e.g. draft proofing) to those that cannot easily help themselves, and to look for ways to reduce energy consumption (e.g. insulation), and the cost of energy purchasing (e.g. buying groups). It is proposed to hold a meeting in the morning of Saturday 21 May 2022 in the Reading Room to discuss the idea further and to see if a small group can be formed to take it forward. Further details will be on the web site and Facebook.

Parish Council Chair, Danny Moody, thanked everyone for attending and for their good questions and he encouraged people to come along to parish council meetings (see calendar) or at least follow what the parish council does via the web site.

For any questions related to the Annual Village Meeting, or to follow-up on anything that happened, please contact Charmaine Jay, Clerk to Helmdon Parish Council, by email at clerk@helmdonparishcouncil.gov.uk. » Less

Blue text and/or underline (on any page) - this is link to click for more information.
Desktop MENU is on left of all pages - some items expand to second level - then click as required.
Mobile MENU is 3-bars at top of page - some items expand to second/third level - tap as required.
. Menu items in (brackets) link to external website www.helmdonhistory.com, or as stated.
Menu, What's On, Meetings, A-Z of Services - click any bold text for more information.
Search Facility is provided at top of all pages (click here for instruction on how to use).
Search using prepared A-Z lists - please click here
Search by using Site Map - please click here